The Ultramarines move into position: 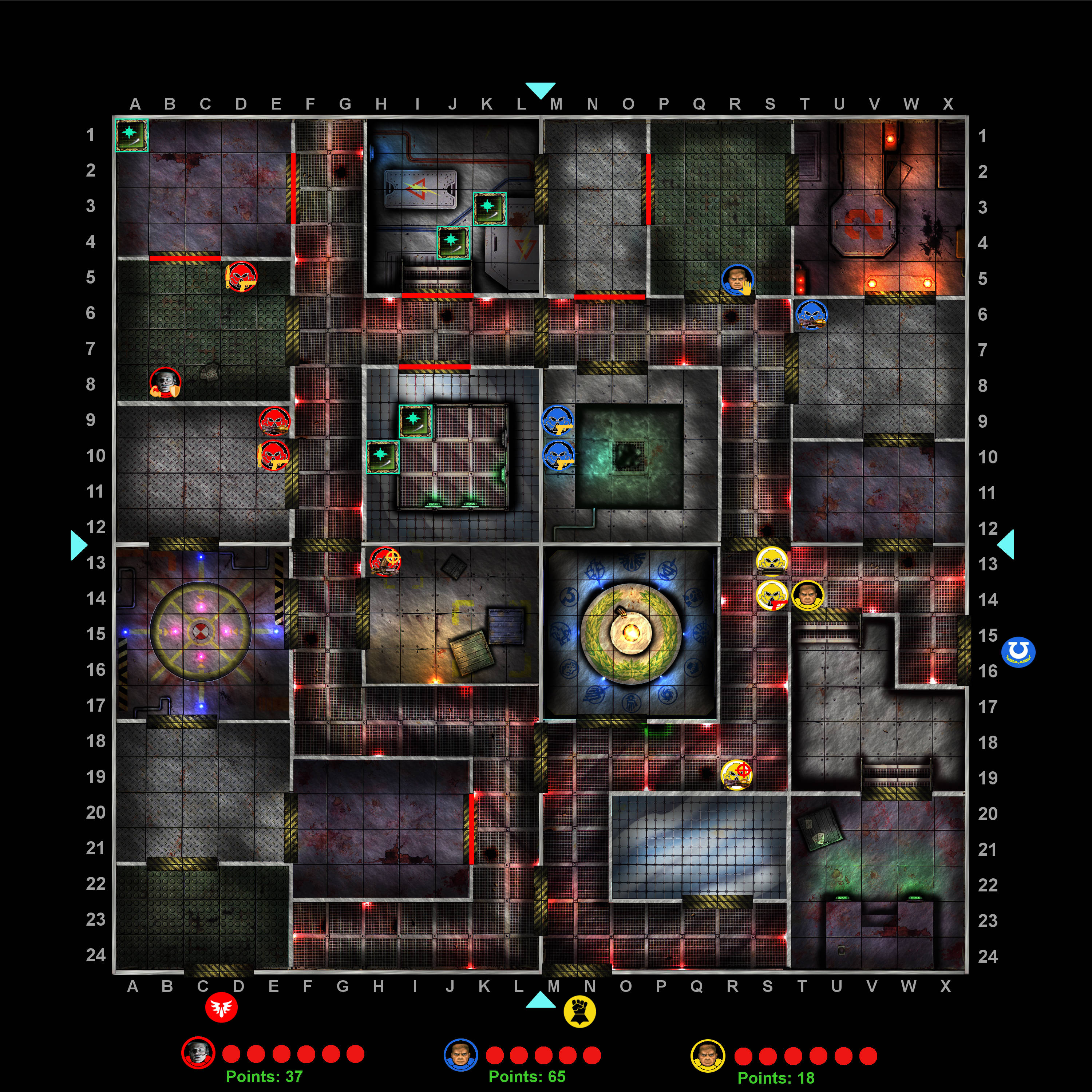 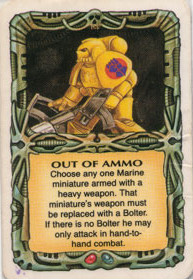 I pick a squad at random... and it's the Ultramarines. Your Plasma gun inexplicably runs out of ammunition and the spare Bolter is whipped out in its stead.

There is movement at the top of the map. The door swings open and the Ultramarine Bolters look up in fear as a Dreadnought appears!

It immediately opens fire with its Missile Launcher:

The 4 damage annihilates the first Bolter Marine, and the highest score of 3 is enough to also frazzle the other. Farewell brave Marines. 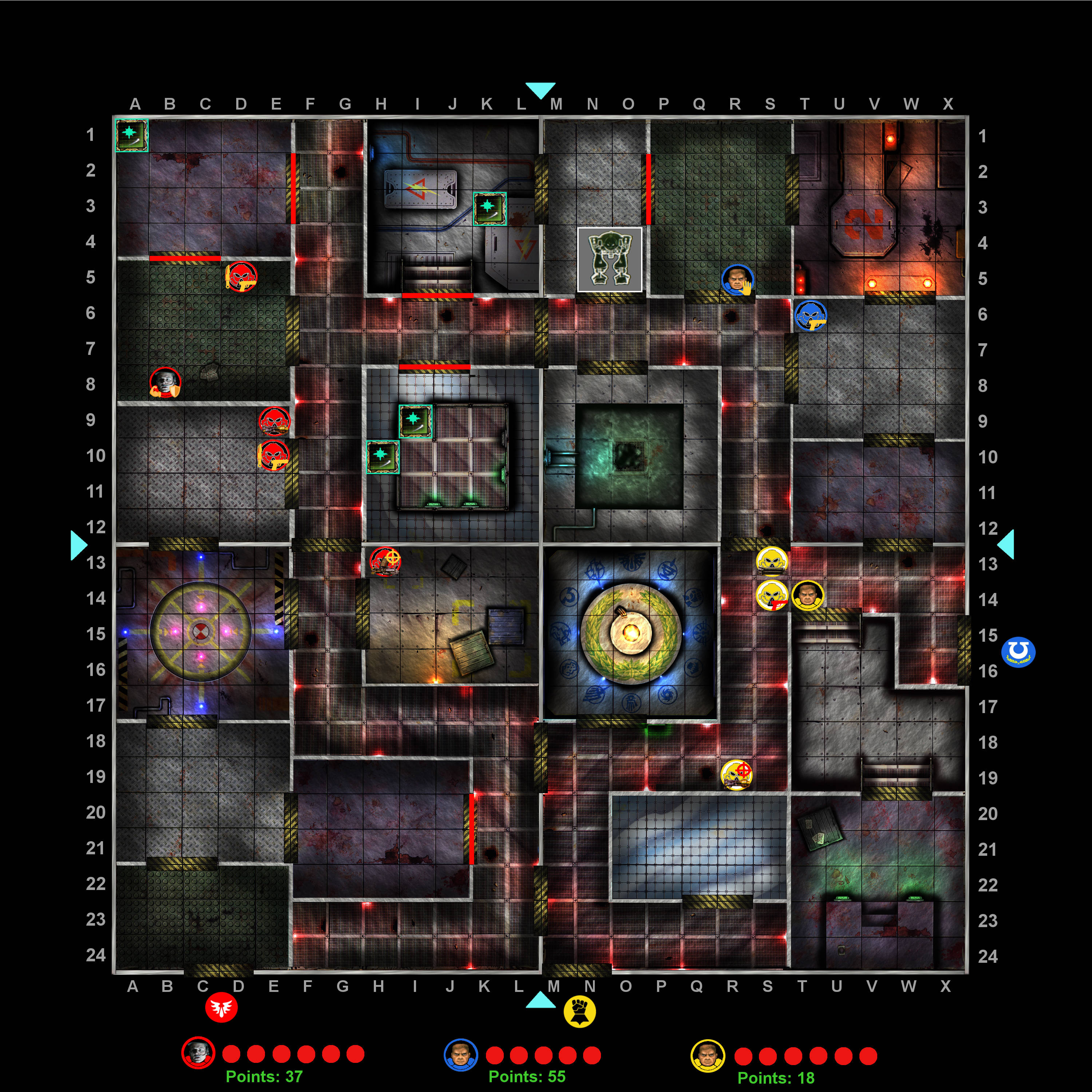 Next up, the remaining enemies...
Top

The 2 Northern blips appear - a Gretchin & an Ork - and fire on the Blood Angels Bolter marine. Both miss.

The final room stirs, and a Heavy Weapons Chaos Marine lumbers down the corridor, targeting the other Bolter marine with his Missile Launcher!

The 3 damage on the one dice is again enough to kill both Marines standing next to eachother. The aliens have definitely found their range after a sloppy start to the mission. We say goodbye to 2 more heroes.

The final action is that of a lone Gretchin. He attempt to fire on the remaining Bolter marine from the doorway but misses. 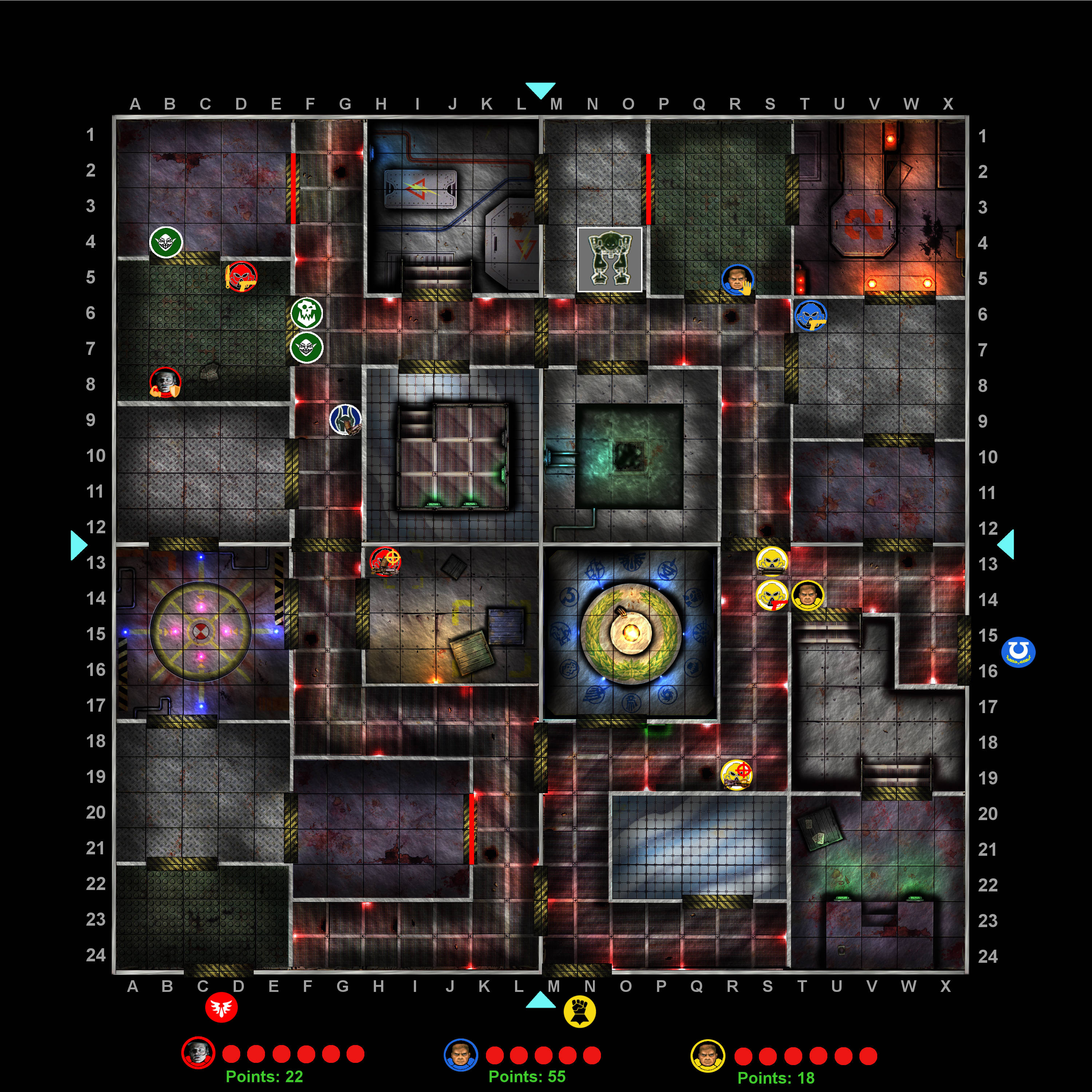 A deadly turn for the aliens!
Top

I was growing attached to those guys though, hurts to lose two guys with one blast and my plasma rifle.
Top

I thought I'd got them into some pretty good cover there

The shocked marines regroup for a final push.

Bolter Apone fires at the gretchin

The impressively limber Gorman vaults into G6 to attack the ork

Latter two are the whites. Reroll the 6 = 2
Top

All of your Marines hit their targets and you wipe out all 4 enemies. (By the way I fired Hudson's missile at F8, he didn't have LOS to G8)

The Ork doesn't have enough dice to defend. Consider your comrades avenged. 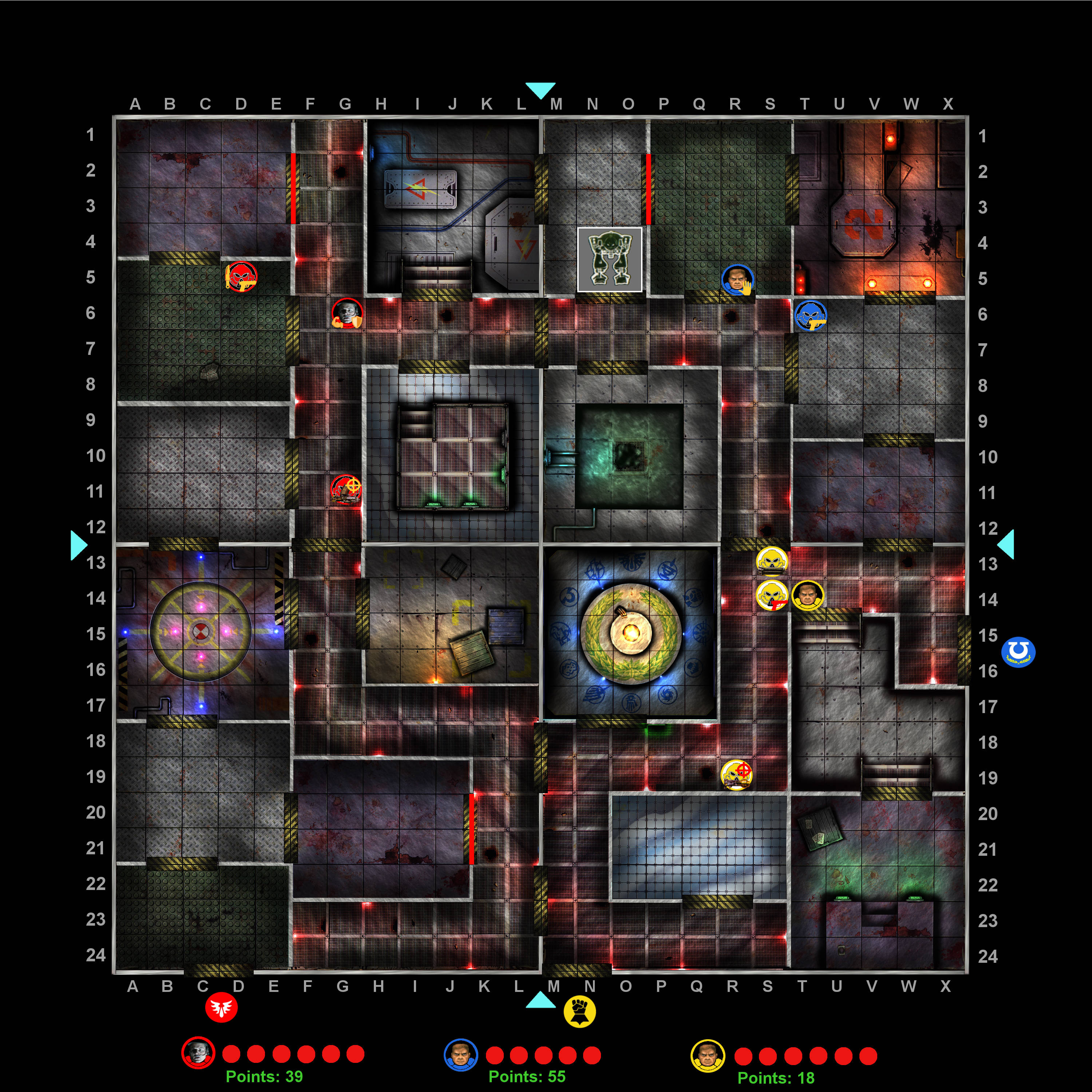 So, who's going to take the glory of downing the mighty Dreadnought?
Top

Btw, on the scoring, do you lose more points for losing a heavy marine than a bolter marine?
Top

It's debatable what the best strategy is. Personally, I'd typically always go for 3 heavies. Unless the mission objective wasn't based on enemy kills (which may happen later on).

Gotta be so careful with their positioning though, or keep Blind Grenades at the ready.
Top

Can I use more than one equipment item in a turn?
Top

Yes, you can use any number of Equipment cards in a single turn, but you're limited to using 1 Order card (which must be used at the start of a turn).
Top

So I think we can wrap this mission up pretty quickly in the next move, if Animalmother checks his Order cards. ¬_¬

I was thinking, would you all like a break of 3 or 4 days after this one before I post mission 3?

I'll finish my move once I get home from work.
Top
Post Reply
190 posts