If I use Move It card can I get my squad to the dreadnought and still attack?
Top

Yes, Move It! allows you to move twice. You can attack at the end of those moves.
Top

Let's be 'aving the bastard!!

Your 4 damage pings off the Dreadnought's 4 armour!
Top

Okay, your Bolt Pistols only give you one extra white dice n H2H combat, so you'll only have 2 white dice when firing. And since the Dreadnought has 4 Armour, it will be impossible to shoot it with that weapon. Are you firing or H2H? The Dreddie has 2 red & 2 white H2H dice.

I think there's only going to be one way for you to defeat him....

By the way, I've copy/pasted the Card info here for you (which is always in the opening post): 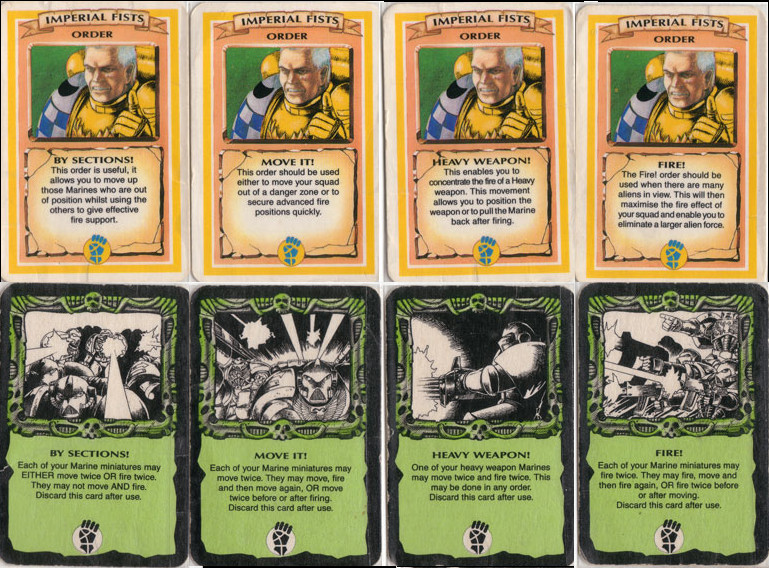 And these are the equipment cards you have:
1.Melta Bomb - 2.Bolt Pistols - 3.Suspensors - 4.Blind Grenades - 5.Targeter (Missile)
Top

Ok with glove and sword I get 2 red and 2 white, plus 2 more red with a melta bomb

And if that goes tits up I might need to use Fire!
Top

Yeah that is well and truly more than enough to defeat him.

Which is 2 damage, to your 12. Which easily takes all 3 life points.

The Imperial Fists make the final blow! An eerie silence falls around you; the Space Hulk has been cleansed. 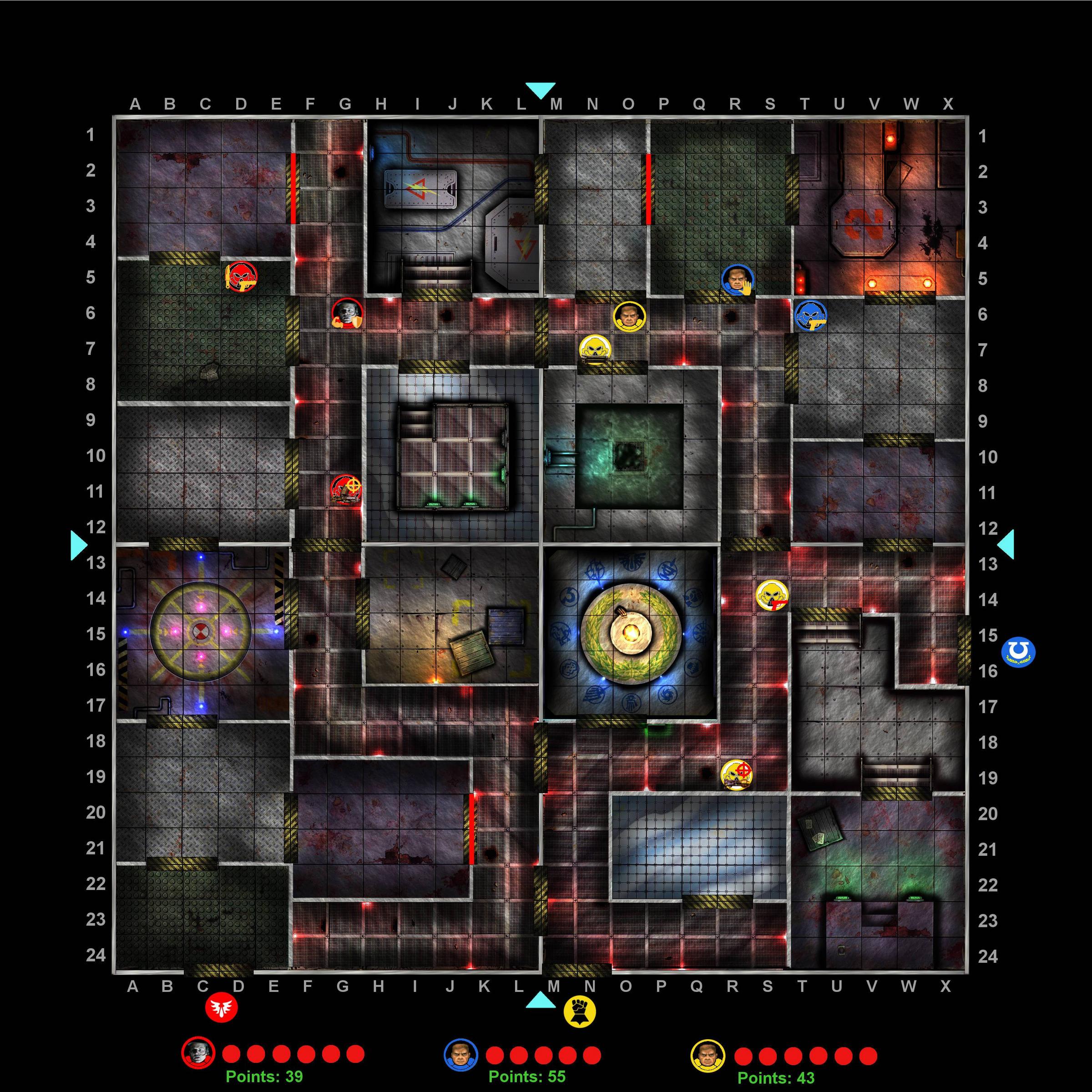 As before, I shall move you back to your docking claws and pull Event Cards along the way. (I've actually decided to remove the Genestealers & Booby Trap cards from the deck; they're far too unforgiving IMO and are a bit too random an event to make the difference between one team winning and another team losing).
Top

My squad perform the ancient if unorthodox tradition of Ti' Bagge on the smouldering wreak of the dreadnought.
Top

So the final results:

I didn't pull the Mothership Commo card, the Secondary mission was to kill the Heavy Weapons Chaos Marine - Blood Angels would have ended up on 54 points if I'd pulled that card.

All 3 squads did well. You all lost Marines here, but that is the harsh reality of the Imperium. The Blood Angels were quickest off the blocks, but were too far from the primary objective (and the Dreadnought).

Animalmother, you actually could have won this game! If you'd used your Move It order the previous turn you could have got your Assault Cannon into a position to shoot at the Chaos Commander before Mantis. Which would have given you the 30 points Primary Mission Token.
Last edited by Maturin on Mon Jun 10, 2019 8:09 pm, edited 1 time in total.
Top

Ultramarines: Commander Valius, you are hereby promoted to the rank of Lieutenant Primus. Outstanding.

As we stand in the campaign:

Finally, both Mantis and Sly have a decision to make. Here are your current Honour Badges (which equate to additional Equipment cards you can use on top of the standard 4):

If you wish, you may give up 4 Honour Badges in exchange for another promotion, which would take you one step closer to winning the campaign. But this will of course mean you'll start the next mission with only 4 Equipment cards. It's hard to say what the best advice is here; it's a decision both Commanders Valius and Gorman must take.
Last edited by Maturin on Mon Jun 10, 2019 8:05 pm, edited 1 time in total.
Top

Afraid so. You'll have a nice range of extra equipment next mission though. More toys to play with.
Top

It's why I went down the clone pods route

Looks like I'll be hatching out another Vasquez and Drake for the next one.

I think I'll be hanging onto the 8 equipment cards for the next one.
Top
Post Reply
190 posts