Yep, you have that Gretchin at the very top: 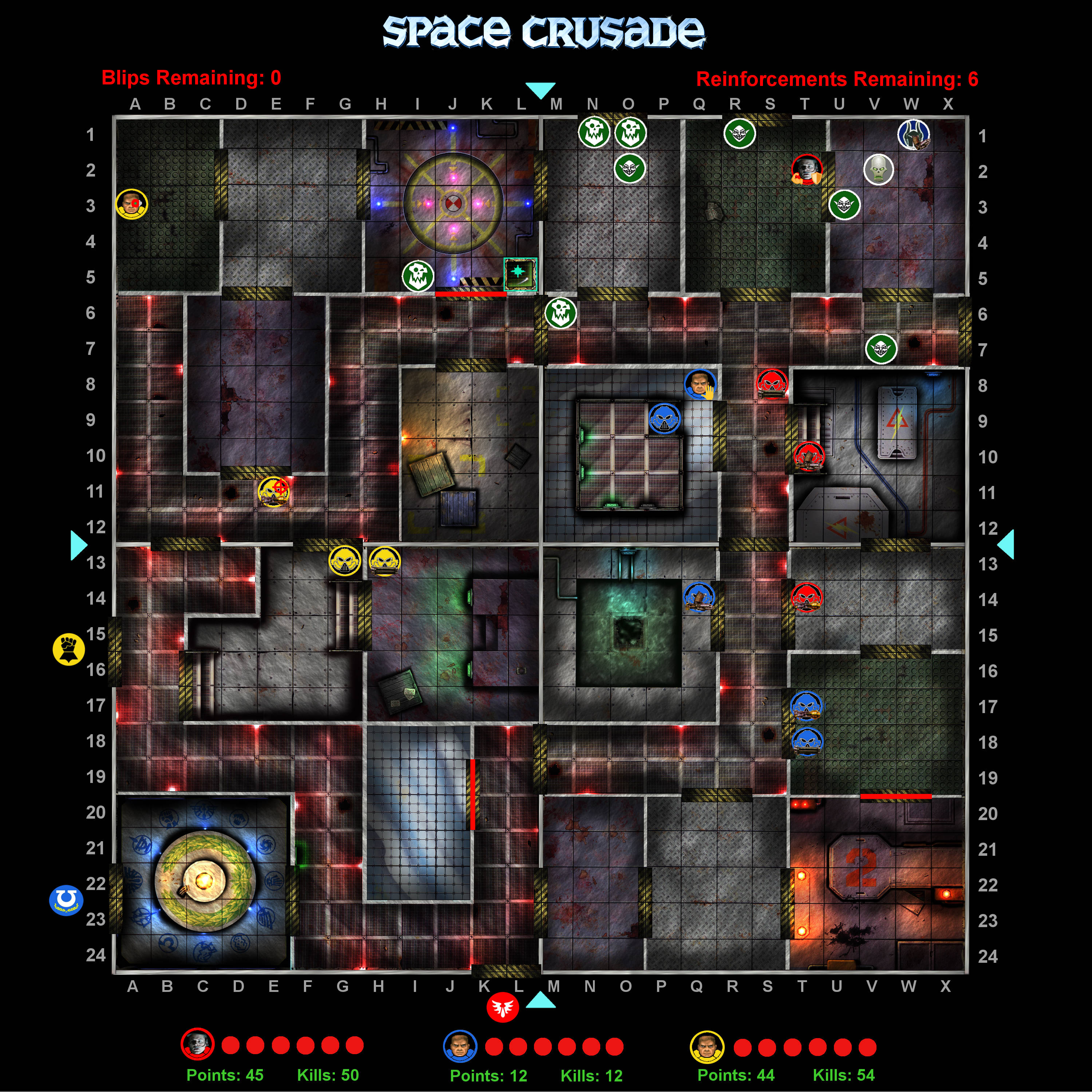 Then I shall do that!

Turn over... I have a feeling this is going to hurt :/
Top 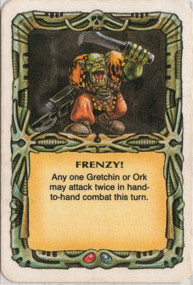 Not particularly useful for me.

2 Gretchins run down the east flank and fire at the Missile Launcher marine; they roll 6&5 and 4&5, both missing terribly. The Chaos Marine Heavy waddles up close to Gorman and fires at the Blood Angels Assault Cannon marine:

He scores just enough to get past his armour and the explosion kills him! A third Gretchin runs down and fires at the Ultramarines bolter:

A Greenskin actually gets a kill for once! The Bolter marine slumps to the floor. The Android then moves diagonally to the top of the corridor and fires his weapon on the Missile Launcher marine. He has 3 white dice:

Again, the 3 damage is just enough to penetrate his armour, so we say goodbye to 2 Blood Angels this turn.
Top

Still neck and neck though Sly. The one with the most kills gets the 30 point bonus....

In the Imperial Fists sector, 4 Orks fire on the Bolter Marine and Commander - 6&5, 6&3, 1&5, 4&6. But inbetween, the Chaos Commander appears and gets a successful hit on the Bolter:

And 2 more reinforcements join the map. 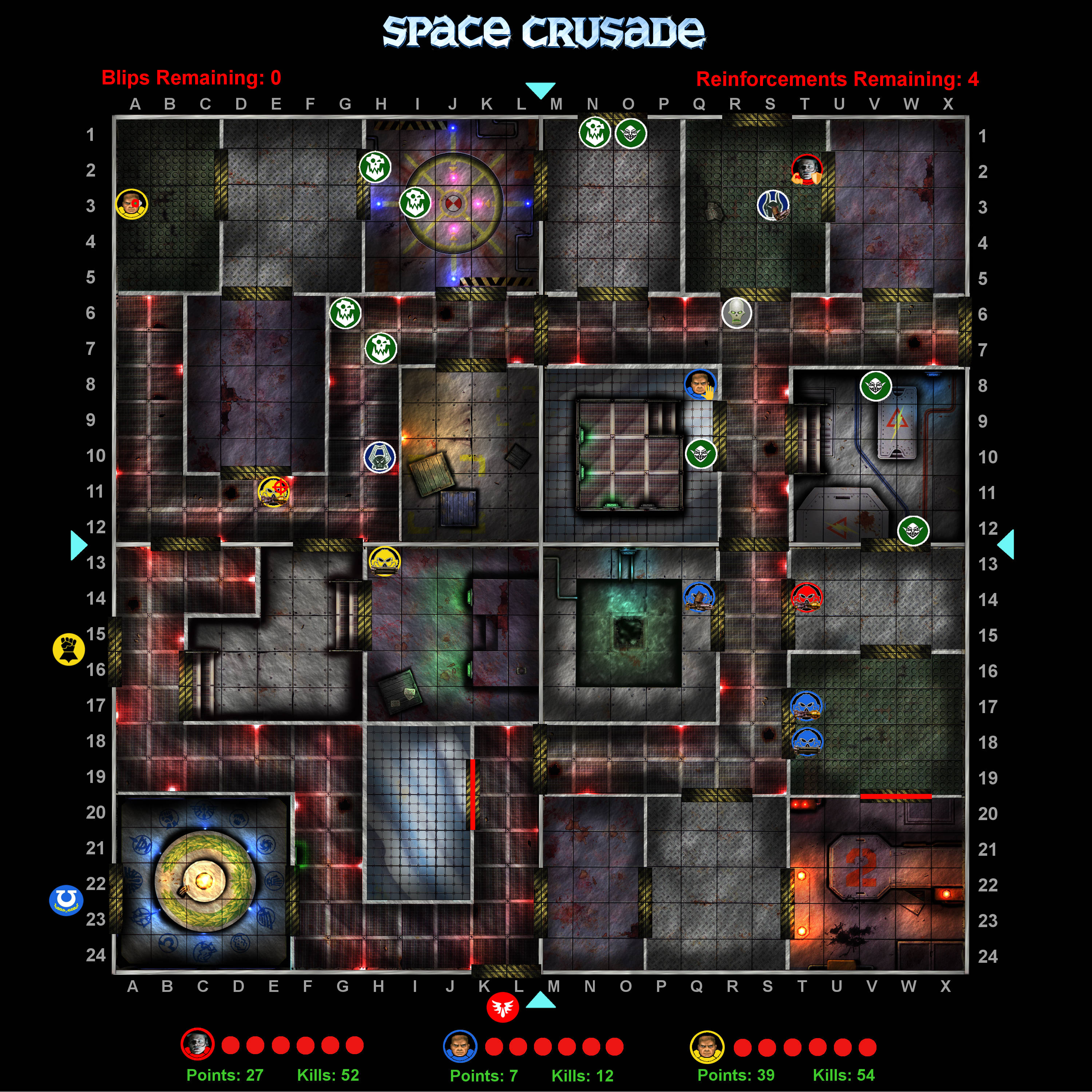 Don't think there's even enough on the board for me to catch up now even if I did have an maximum efficiency turn!
Top

Yeah, I fixed that and updated the map.

Well, you cleared out most of that sector really well Sly, but is it enough? With the missions becoming harder, you can start to see how we'll end up just having the 3 Commanders left fighting on some missions.
Last edited by Maturin on Tue Jun 18, 2019 10:46 am, edited 1 time in total.
Top

Commander to S4 to gib the chaos marine.

You score 4 damage and I get to roll 2 white dice:

You win by 2 and slay the Chaos Marine Heavy!
Top

Assault to V18 to target the two Gretchin above him.

That 4 damage is more than enough to take them both out: 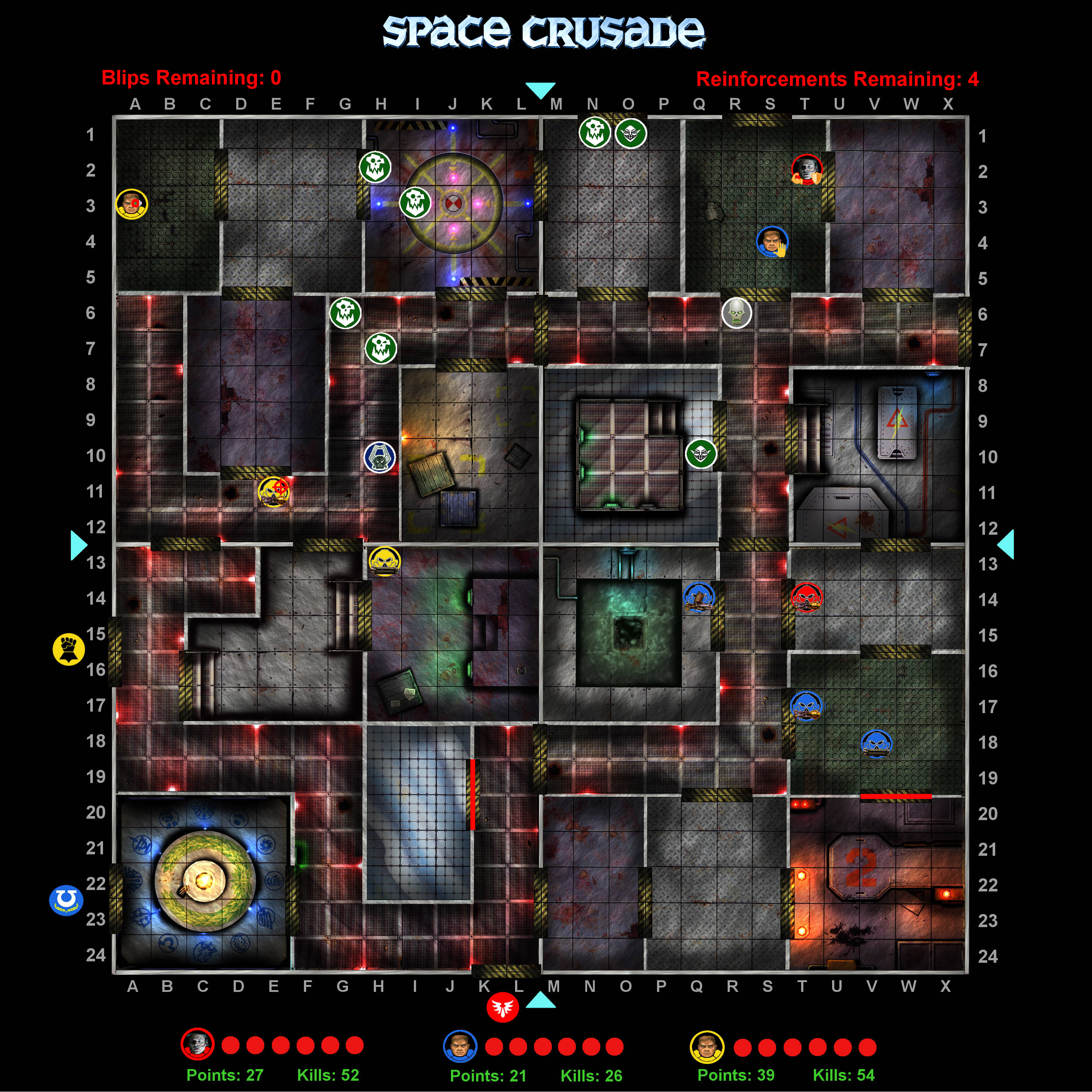 Plasma to R17 to take out the Android.

Yep, that's enough to kill the Android with his 2 armour!

I kinda feel the Android is a bit flimsy for his 10 point value. He never gets to use his strength (2 red H2H dice) because of how slow he is.
Top

Any sane commander will barrel right past him and focus on the squishy melee targets too.

Is there any way that my missile guy can get LOS on the Ork and Gretchin which are at the top of the map in the entrance way?
Top
Post Reply
220 posts