There's no way my commander can attack both those orks in one move is there?
Top

His Combi-weapon can be used as a Plasma gun remember. And there is a square you can reach which has a diagonal line through both of them...

By the way, if anyone's interested you can buy Space Crusade dice on Ebay for about £10: ¬_¬ 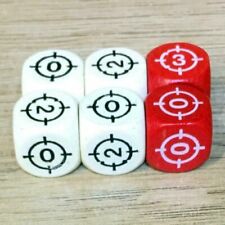 Commander to G1 and gently squeeze that trigger while maintaining eye contact...

And we say goodbye to 2 more Orks!

I think you've definitely seen the benefit of using the Heavy Bolter as the Imperial Fists. The Combi-weapon and bionic eye equipment cards makes a massive difference to your overall firepower, compared to the other squads. The only drawback is you will struggle when coming up against a Dreadnought with this weapon. 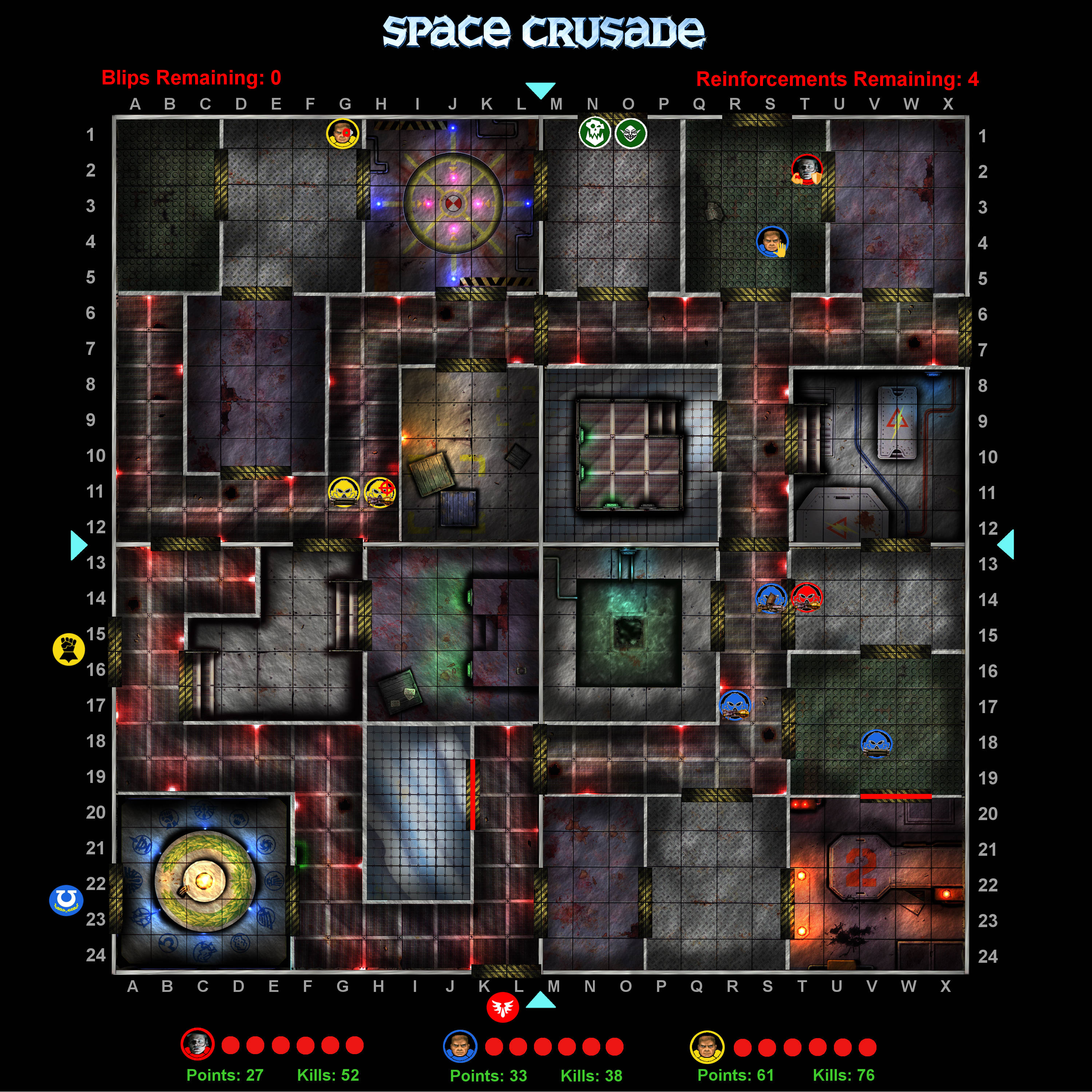 Might just start walking back to the docking claw tbh -_-

Eventful turn for the Blood Angels! 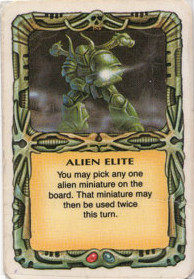 I will play this on the Ork. He moves diagonally to fire at the Imperial Fists Plasma Gun, twice, rolling 2&3 and 4&6, missing both times. Not much of an Alien Elite really.

The Gretchin scampers down the right and fires at the Ultramarines Plasma gunner, also missing with a 1&6. 2 more Gretchin reinforcements appear. 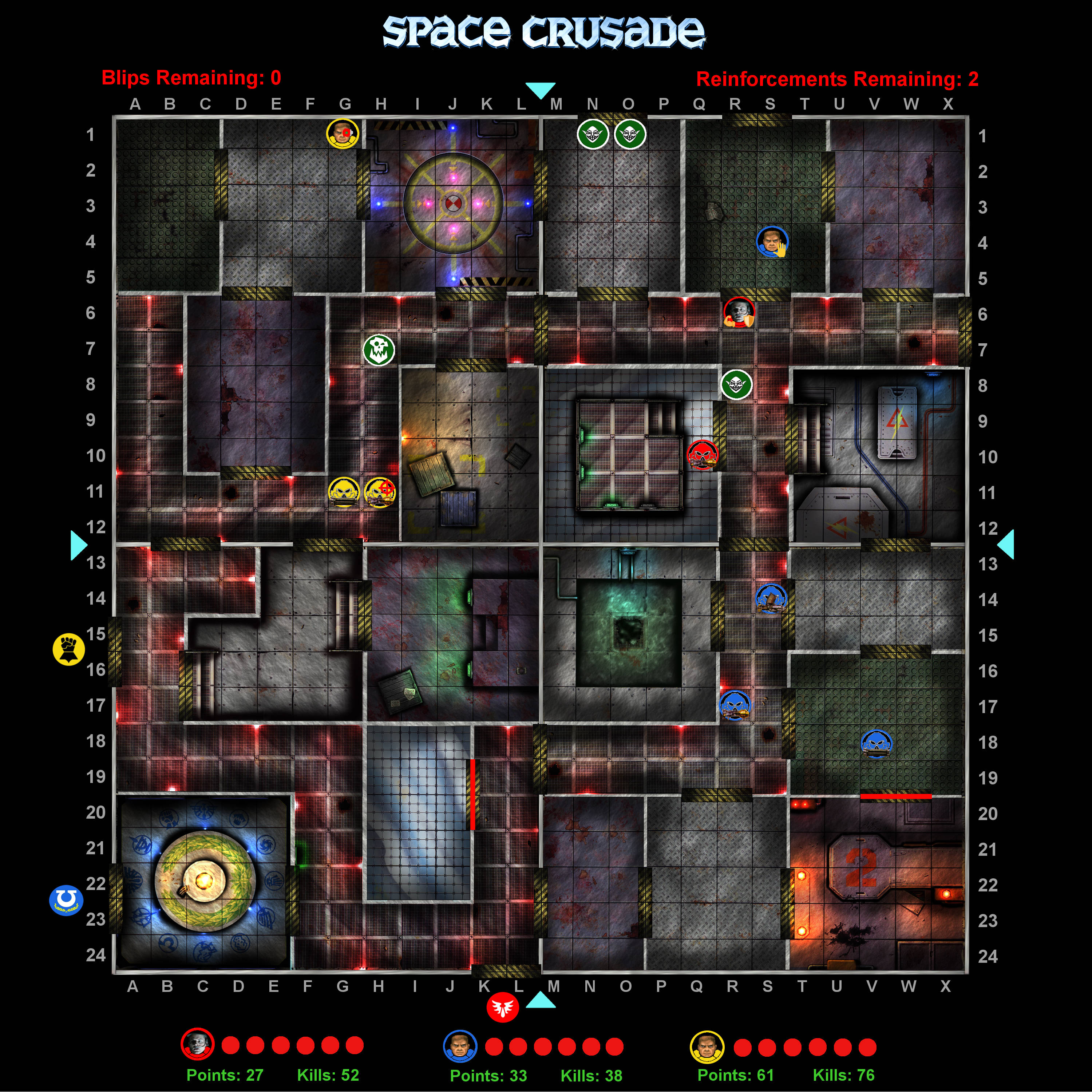 We'll race through these final few turns in no time now. It's over to Mantis.
Top

Just a quick one. Looking for custom dice roller and found this..
https://rollthedice.online/en/dice/d0-3

Lets you set the numbers on dice like 0,1,2,3 which would be more accurate for this.
Top

And Plasma to take a shot at the Gretchin.

Lets you set the numbers on dice like 0,1,2,3 which would be more accurate for this.

Not sure how the probabilities work on that side of things. At least we currently have the correct probabilities just by ignoring 4, 5, 6 or 3, 4, 5, 6 and treating them as 0.
Top

And Plasma to take a shot at the Gretchin.


Did you just shoot me?
Top

Yep, Commander Gorman is now down to 5 life points! But the Gretchin is dead, which is the main thing.
Top

Ah yes, sorry about that, I think that's the first time I've actually managed to use the plasma gun to cut through multiple targets so may have forgotten about that little feature.

Our first friendly fire incident of the campaign! I thought it would have happened sooner than this tbh. 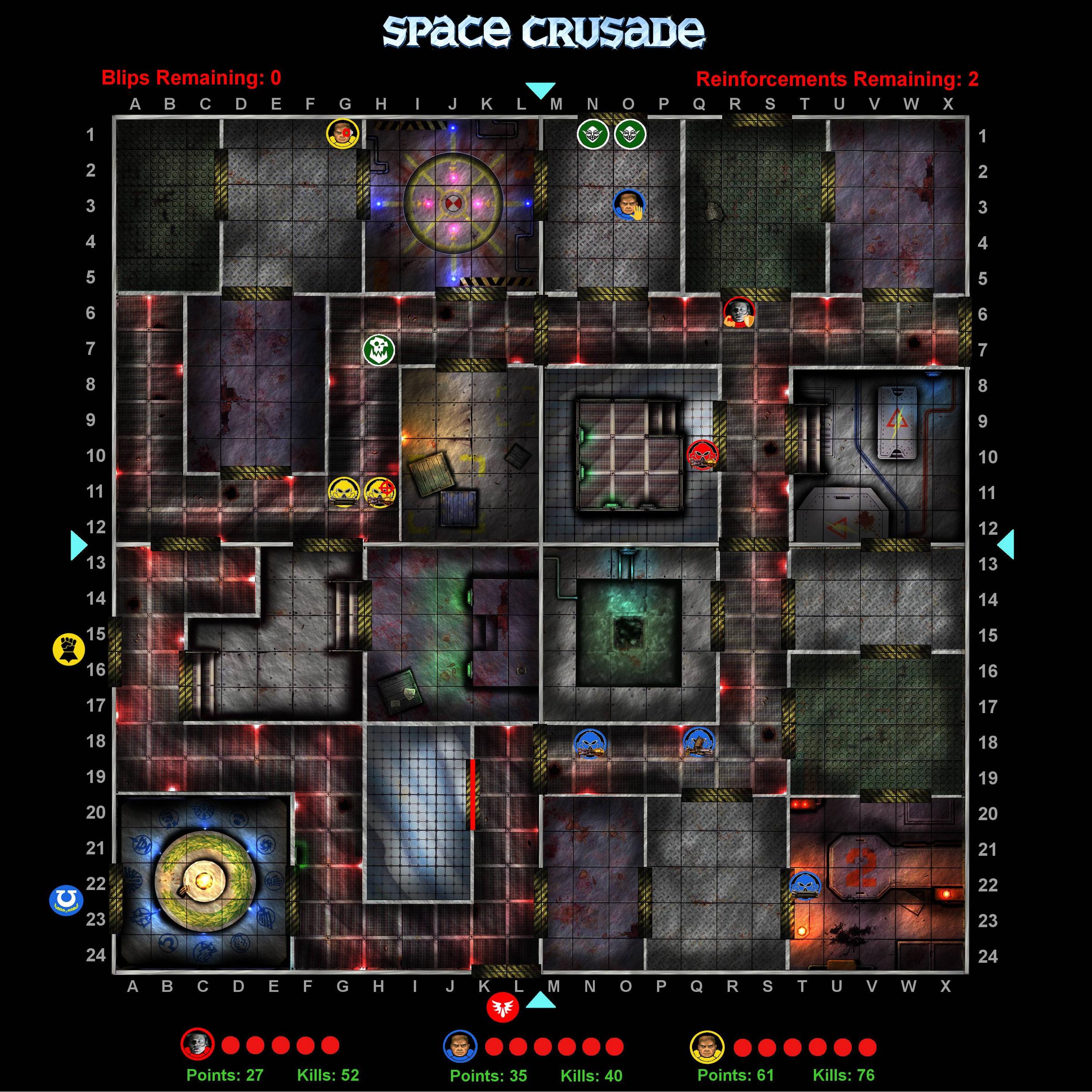 Over to Animalmother. Can Commander Trusst mop things up?
Top

Commander to M1 and fire.

While I'm at it. Assault fires on ork

1 damage beats their 0 Armour and both Gretchins are snuffed out! And the 3 damage is enough to kill the other Ork.

Right, so because I can't bring any more reinforcements on (you have LOS to all entry points) the remaining 2 won't be appearing, which means I can now award the primary mission token to Animalmother. He ends up on a mammoth 98 points, our biggest winning total yet. Congratulations!

Mantis and Sly interfered with eachother all the way, and neither could break free to compete with the Imperial Fists.

I've cycled through a bunch of randomised event cards, but the Mothership Commo card didn't appear, so no secondary mission. We can assume you all made it back to the docking claws. Awards shall be given out in the morning.