Gorman races to V13
Hudson (rocket) to T18
Vasquez to T22 and fire on the lonely gretchin.

Your plasma bolt burns a hole through the Gretchin as it screams in agony. Well, the Ultramarines and Blood Angels have made short work of the south west sector, although having to share the points between them in the process. Which could give the advantage to the Imperial Fists here. We shall see...! 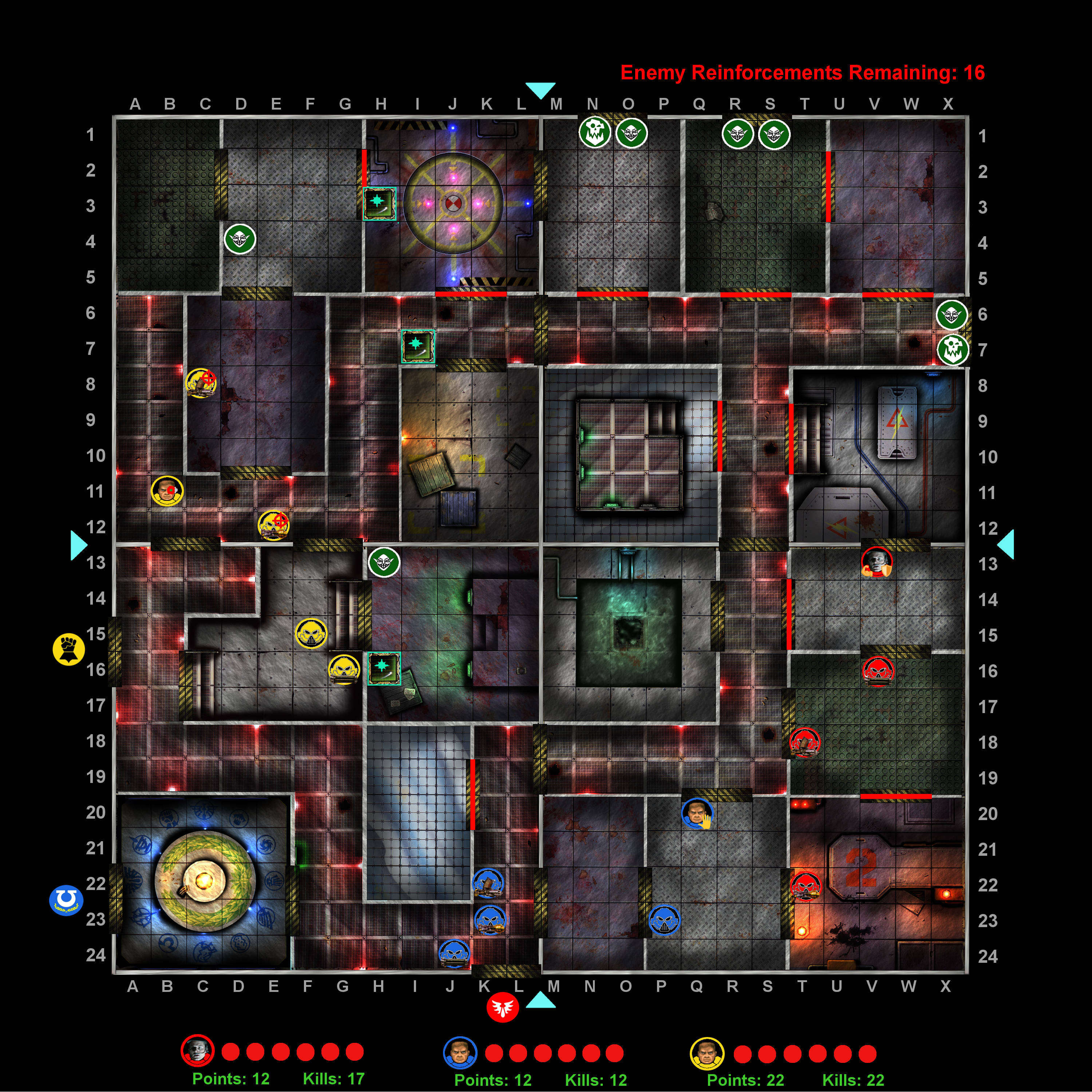 Yes but I suspect my Imperials are about to get fisted

Remember, this mission is all about the enemy points tally, not the overall points. So the team which loses the most marines could still get the primary objective (30 pts) if they've got the most enemy kills. 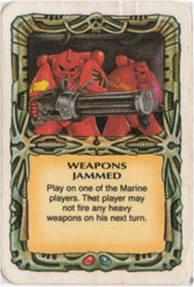 I randomly roll for one of the squads and... it's the Ultramarines! Fortunately for you you're not surrounded by enemies at the moment.

In the south west sector, the Gretchin takes a potshot at the Assault Cannon (1&6) before scurrying away and hiding. The Ork moves into position and fires on the same marine, missing with a 5&4.

In the north west, the top Gretchin fires on the Plasma marine (1&6) before hiding in the corner, but then an Android clomps into view and fires its larger weapon (3 white dice) at the Missile Launcher marine:

The 4 damage is enough to penetrate his armour. I bid thee farewell, brave sir!

Another gretchin attacks and misses, while 6 more reinforcements appear from the north east! 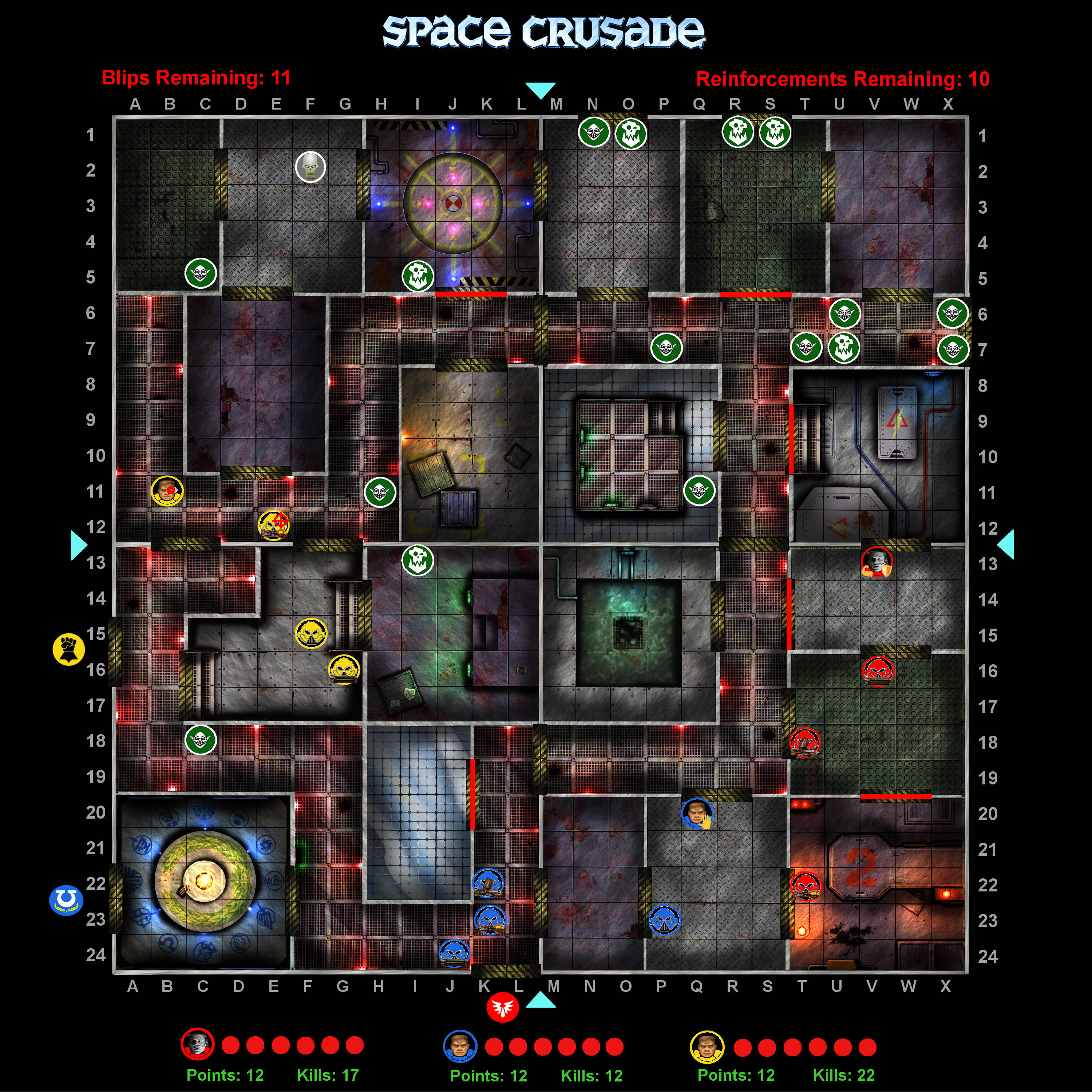 I think that's probably a good spot to leave things for tonight.

So, the aliens are really piling up in the north east sector - plus you've yet to scan for the remaining enemy blips there. Loads of points still up for grabs!

Also, what is it with the Ultramarines? Last mission they run out of ammo for their Plasma gun; this mission, all their heavy weapons jam. Somebody is screwing up in maintenance...
Top

First it was Krupp Wulframmer and now Thrace Sternshaft have fallen, that rocket launcher is cursed! Why must the most manly named men suffer?

To be fair, he was living a charmed life with you leaving him so exposed. I must have had about 10 shots at him in total.

I hadn't considered how long the reinforcements would take to move out of that sector. Next time I'll be putting more blips elsewhere I think. The north east part of the map is going to be absolutely packed when the blips appear.


So when Mantis is ready, we can begin the next turn.
Top

Didn't realise it was my turn, my bad!

Commander Valius advances into the final sector, revealing a host of new radar blips! The blind grenades ring out, rendering his squad invisible to the aliens in their next turn. 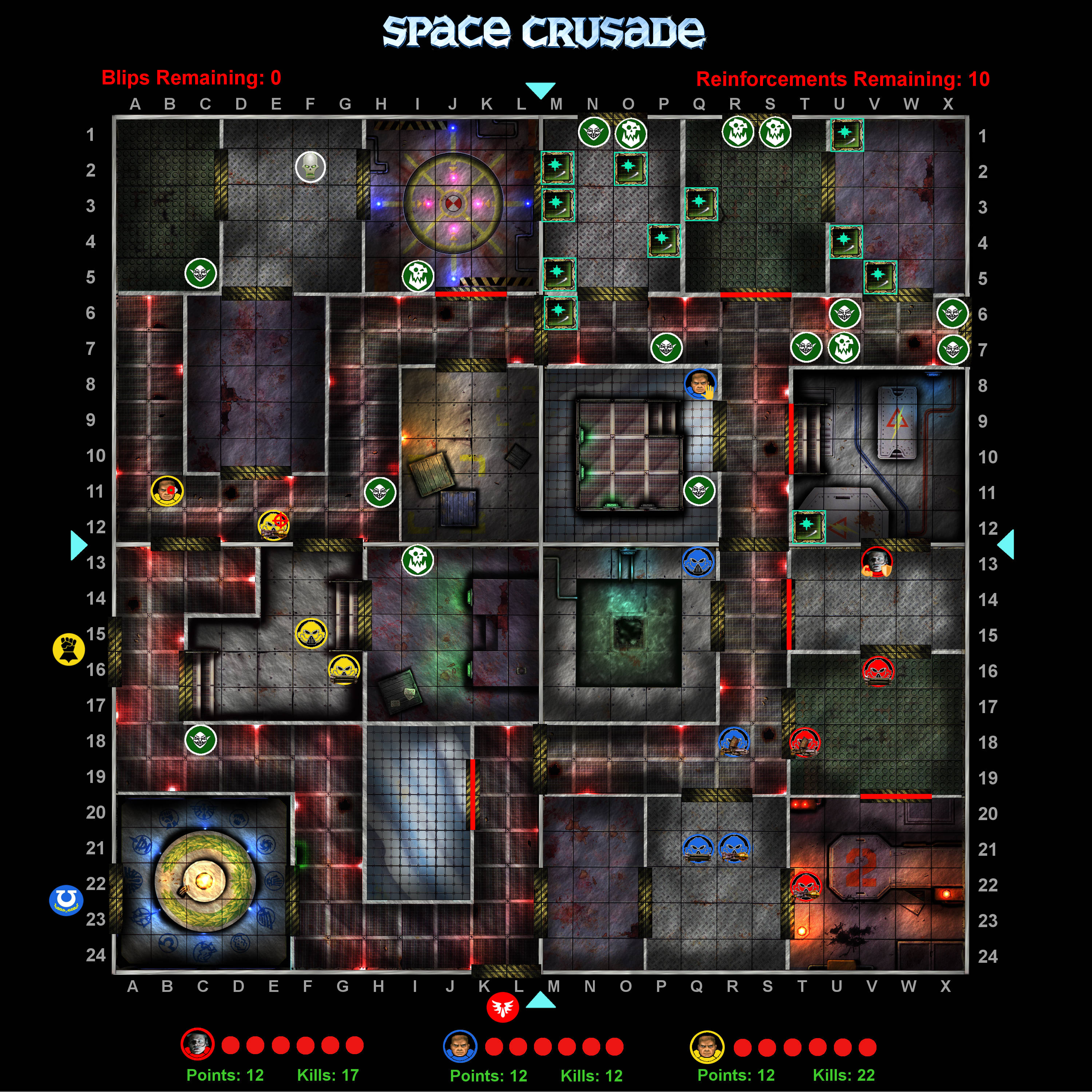 We now pass over to Animalmother and Commander Trusst.
Top

This is going to be suicidal but I can't miss the opportunity...

I had wondered whether you were going to go for that move - I'd completely ignored where your Plasma gunner was when I was sorting out my positions last turn.

Your 4 damage instantly kills all 3 Gretchins and the Ork! 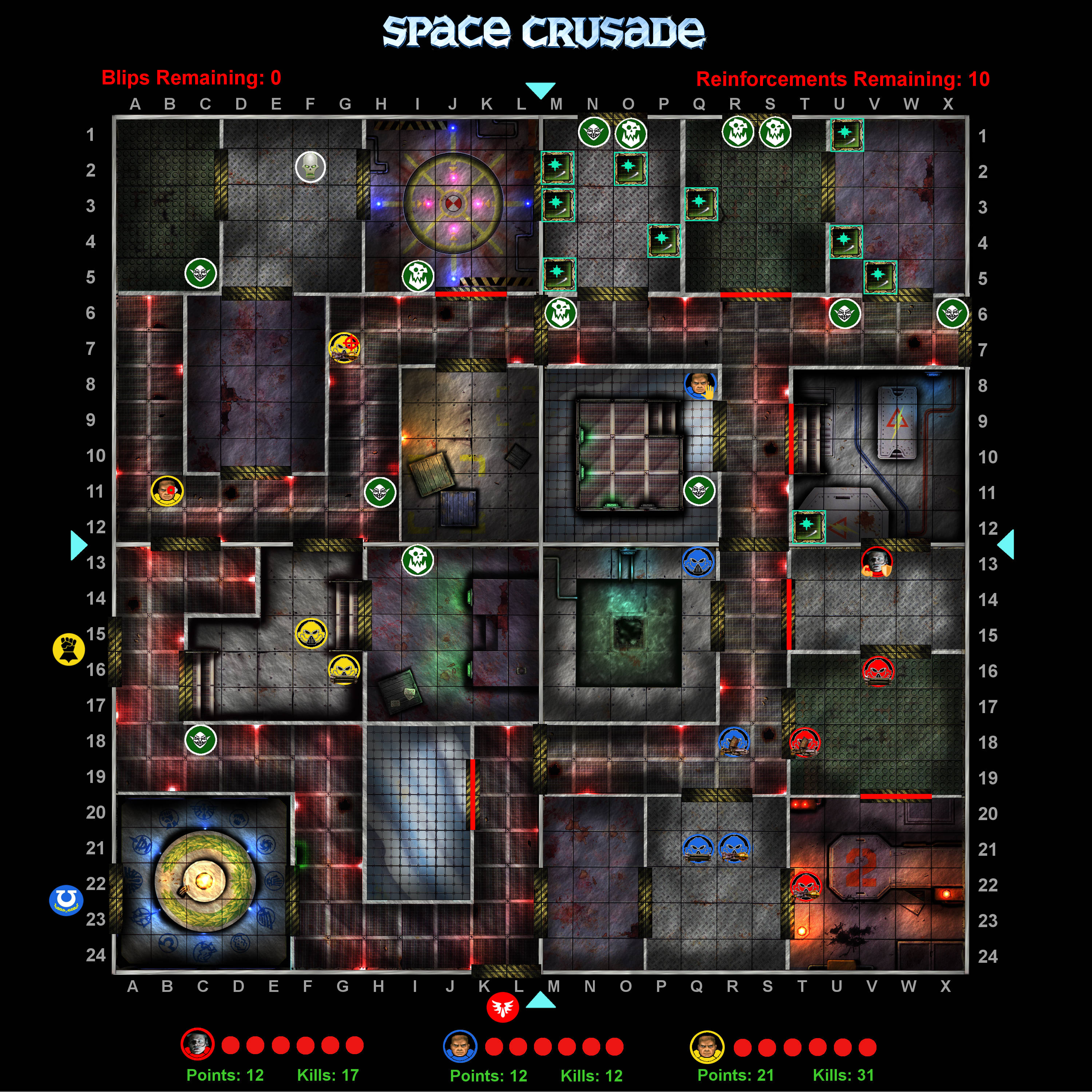 Bolter to F16 and shoot ork

A perfect low score on both white dice, and the 3 total damage is more than enough to kill the Ork!
Top

Assault to F13 and shoot enemy